How volunteering in a remote village in Guatemala showed me what I have to contribute.

When I started working at Flooret, I was excited to learn that they offer five days of volunteer time off to their employees. I’ve never had this benefit before so I wasn’t immediately sure how I was going to use it. At first, I thought about finding something local, but I was unable to find an opportunity that really sparked excitement in me so I held onto my volunteer days for half a year, unsure where I would end up using them.

As I got to know my coworkers, I learned that my direct manager, Mike, had gone on several service trips to Guatemala with an organization called Xela AID. As he told me about his adventures in Latin America, it dawned on me that a service trip was exactly the kind of volunteer opportunity I was looking for. I felt the spark.

I started looking into Xela AID and the trips they had coming up. I desperately wanted to sign up for one of them but couldn’t afford it at the time. Ultimately, I resigned myself to wait another year before venturing to Guatemala.

A month or so after determining that I couldn’t afford a service trip, Flooret surprised me with a sponsorship for an upcoming Xela AID trip. Just like that, I was two months away from leaving. 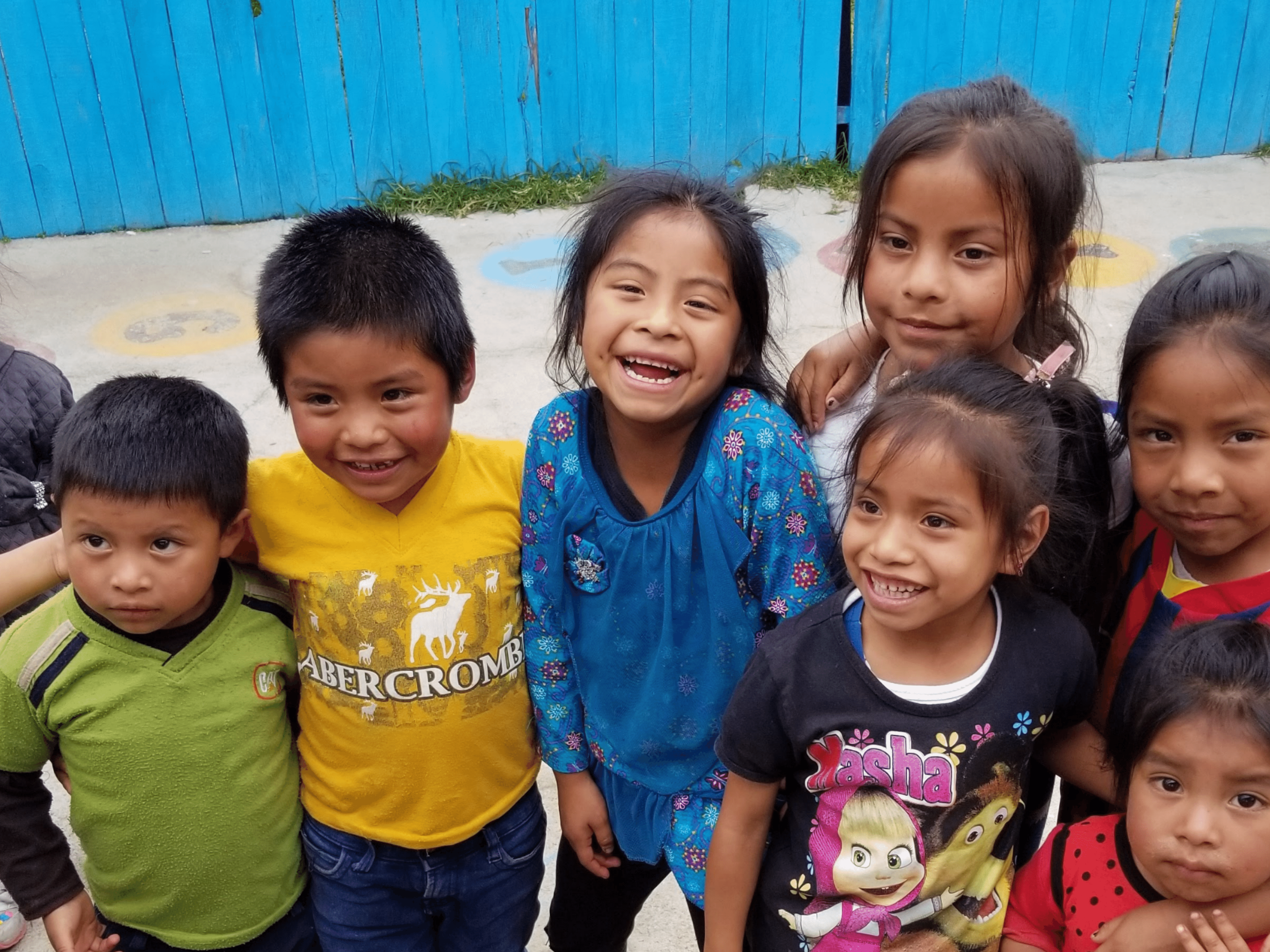 When it came time for me to head to LAX, I was having mixed feelings. After all, Guatemala is painted as a dangerous place to visit by various news outlets and the US Department of State. I didn’t really believe that I would be in any danger there, but the constant warnings and the fact that I was traveling to a country I had never been to before with people that I didn’t know left me feeling a bit unsure as I rode the train up to Los Angeles. My two main fears were that I wouldn’t be able to contribute anything meaningful and that I wouldn’t be able to connect with the rest of the group.

After meeting up with the group I would be traveling with, my hesitations began to fade away. Everyone was kind and open. The majority of the group had traveled to Guatemala with Xela AID before and had nothing but good things to say about their experiences.

Our red-eye flight landed in Guatemala City early the next morning. I wandered through the airport with tired eyes and caught my first glimpse of nearby stratovolcanoes through the large windows. After clearing customs, we high-tailed it out of the city and made our way to Antigua.

Once in Antigua, Maggie and Molly (a mother and daughter who had been on a Xela AID trip before) invited me to explore the city square with them while we waited for our hotel rooms to open up. When I decided to join this trip as a solo traveler, I was worried that I wouldn’t be able to connect with anyone in the group. Maggie and Molly squashed that fear on the first day of the trip and we instantly became friends.

Antigua is beautiful, colorful, and lively. There’s always some sort of music playing and there’s plenty of good food and coffee to go around. As you walk around the town square though, you’ll also see people that have been completely devastated by poverty. 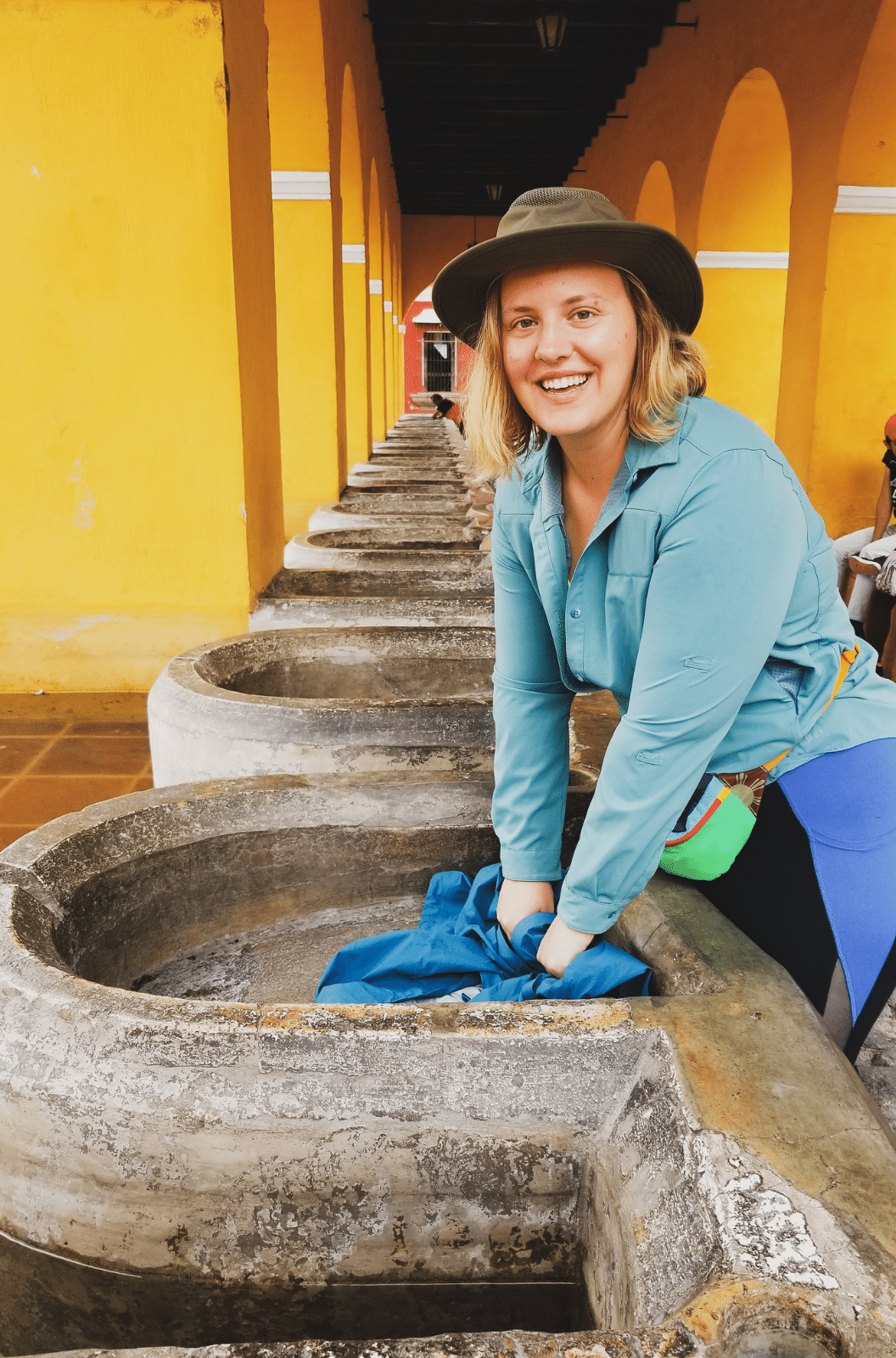 The physically disabled sit on street corners asking for any help that passersby are willing to give. Children spend their days peddling trinkets and snacks because their families can’t afford for them not to work. They miss out on the opportunity for an education and, ultimately, they miss out on the opportunity to build a better life for themselves and their families. The more time I spent wandering in Antigua, the more I began to realize how difficult it would be to break out of the cycle of poverty and how easy it can be to fall into it.

After our brief stay in Antigua, we made our way to the city of Quetzaltenango (also known by a short form of its original Mayan name, Xela) where we spent the bulk of our time. Each morning, we were bused into the village of San Martín Chiquito (just outside of Xela). Xela AID has been working in the village for over two decades now and they’ve had a massive impact on the community.

When we stepped out of the bus on our first day in the village, we were greeted by a crowd of ecstatic children who all wanted to hug every single one of us. It didn’t seem to matter that I didn’t speak Spanish and none of them knew English, they were genuinely happy to meet me. I don’t think there are words to adequately describe that experience. I suppose it’s akin to being a celebrity.

Once inside the building, we heard the stories of several village residents. One of the backstrap weavers, Michaela, shared that she had been working as a weaver since she was 5 years old and all she wanted was for her children to be able to stay in school and have a better life than she has. With tears in her eyes, she told us that “Xela AID has made this possible.”

Story after story revealed the impact that Xela AID has on the lives of the people of San Martín. Younger speakers shared how Xela AID enabled them to finish school and even go on to college. I heard about people who had been forced to abandon their education so they could work to help feed their families and how they had found other types of support through Xela AID. For one speaker, though he had to drop out of school, he was able to enroll in a leadership program offered by Xela AID instead.

Over the four service days I spent in San Martín, I cleaned and delivered water filters, taught art projects to children, learned to backstrap weave, participated in a music exchange with local musicians, brought chicken coops and young hens to families in need of a protein source, and connected with some of the kindest, most generous people I have ever met. Skills I didn’t think would be of any use to anyone were highly valued and appreciated. The simple acts of being present, listening, and caring brought smiles to those around me. Language barriers didn’t matter.

Prior to this experience, I hadn’t realized how little money and time it takes to make a meaningful impact on someone’s life. With just a small investment of either, children get fed and educated, medical care and advice are made available, and, perhaps most importantly, a sense of hope for the future is generated. In San Martín, many of the men leave in pursuit of a stable income that will allow them to build a good home for their family. They leave because they have no hope for their future in the village. Many of these men never return. Xela AID is changing that.

Thank you, Xela AID, for showing me that I don’t need lots of money or special skills to contribute to a community in need. Thank you, Flooret, for sending me on this life-altering trip. This experience taught me that showing up and spending time is the greatest gift that anyone can give and I won’t soon forget it.